There was a point at about 10 miles in where we should have taken a left in order to avoid hills, but we went straight and had tons of climbing! Each of us was exhausted, but it didn’t stop the two teenagers from running back to give Brittany a push with her trailer. Brittany is carrying four panniers and a chariot trailer with all the food, she’s a very strong rider.

Our average speed ends up being about 8 miles an hour while we’re pedaling. It’s not too hard to pedal a lot of gear on flat terrain, but it gets VERY hard the moment you get any sort of incline.

We installed a “follow me tandem” on a bike yesterday, which enables a kid to have their bike pulled behind an adult bike. This helped a lot today, the 6 year olds were both exhausted with the hills. Dan was a bit skeptical of it, but he made sure to emphasize that he liked it and was glad we had it. This is another item Brittany lined up, she did a great job preparing for this!

Dian, our 72 year old cycle tourer tackled today alone. I wasn’t feeling too great about the idea of it, but her battery wasn’t charged and it seemed she wanted the adventure. After 10 minutes of deliberation this morning she decided it would be fine. She ended up making it just fine and chose the non hilly route too. She had a great meal along the way and stocked up with more water and food. She’s a pro.

We all got popcicles to close out the night, it was a nice way to end the day for the kids before bath time. This campsite is pretty nice, though it’s very crowded and there are tons of retired people. I haven’t seen another family, and our group has been told to quiet down a few times. 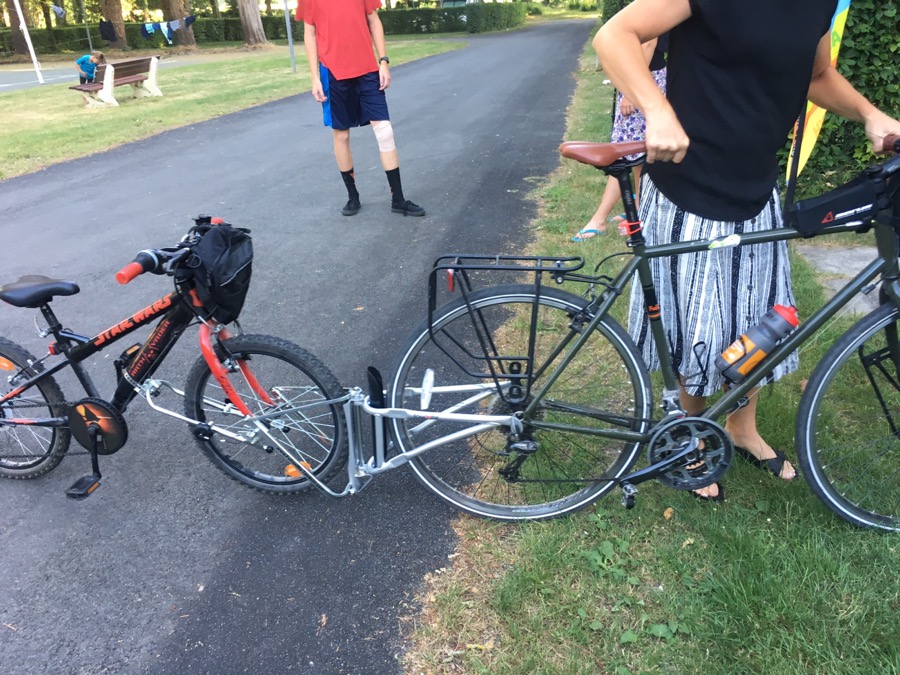