I wanted to share a bit about our trip down the Hiawatha trail near Coeur d’Alene. This won’t be an extensive review, but let me know what I left out and I’ll add to it accordingly.

I want to speak specifically to some of the concerns we had as parents on the trail. After reading a few reviews we saw several that gave us pause.

First off, are the kids going to fall down a ravine… This was mentioned several times. We were worried about this, but when we got on the trail and realized how wide it was, it was no longer a concern. Most the time the trail is as wide as a road, and on most bike paths they are much more narrow and have potential places to go off the road, this for us was a non issue. I’m a relatively paranoid person when it comes to kid safety, but I had a hard time worrying about this one once we were there on the trail.

Secondly, the tunnels and mud. yeah, they were wet and muddy, just put the kids in rain jackets. easy. The kids had a blast in the tunnels. There were also comments about the gutters on the sides of the tunnel, how they were dangerous and how people have fallen in them. This is a non issue. The tunnels are very wide, and you should not be riding anywhere near the side.

In the end, there were several reviews I read that spread unneeded fear.

The path is mostly downhill, so while it’s still a 15 mile or so ride, the downhill and the scenery make it quite easy to complete.

Is there anything you’re worried about? let me know in the comments. 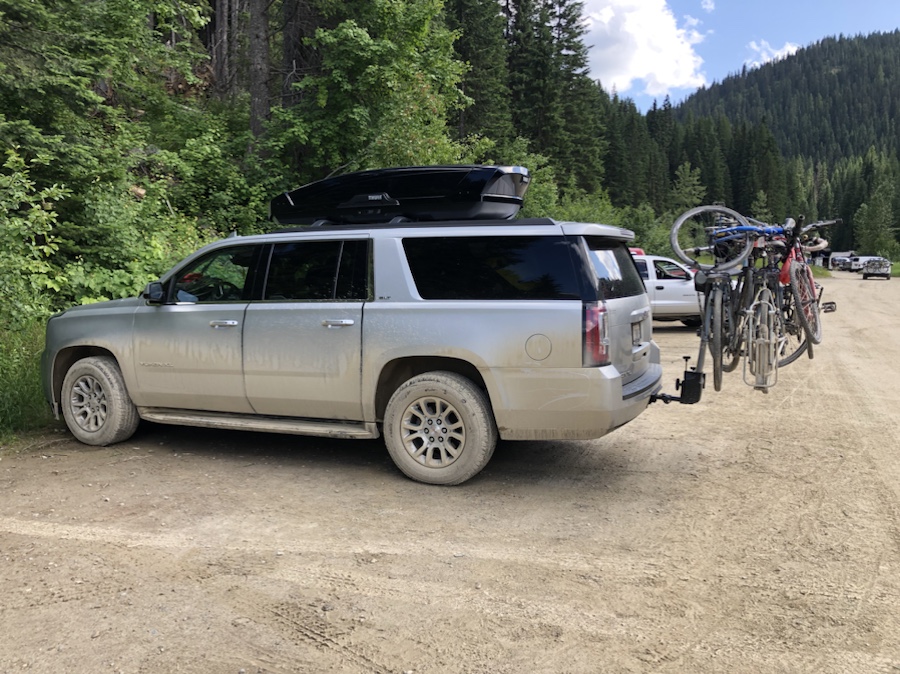 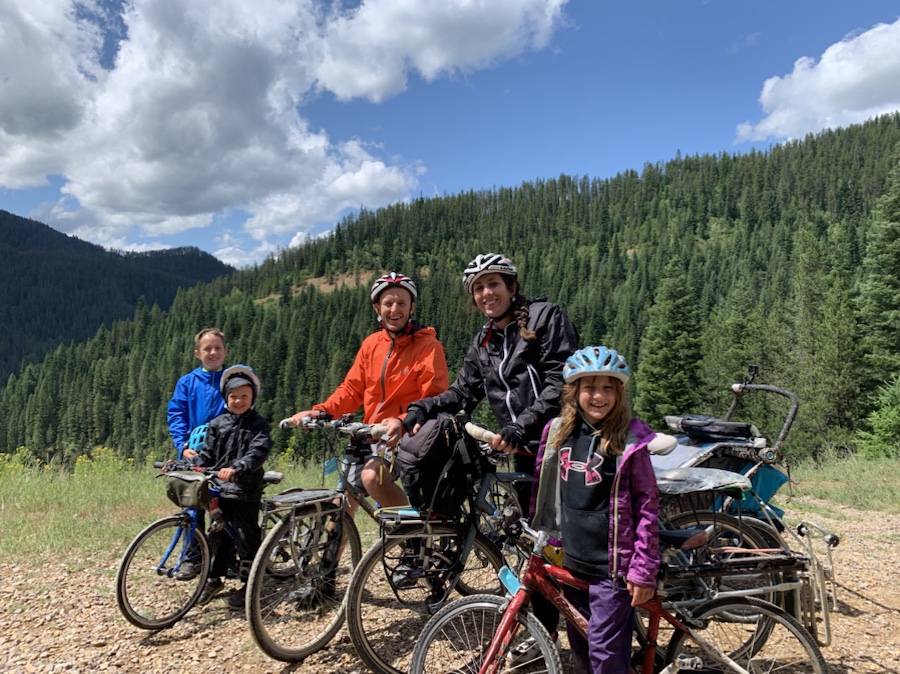 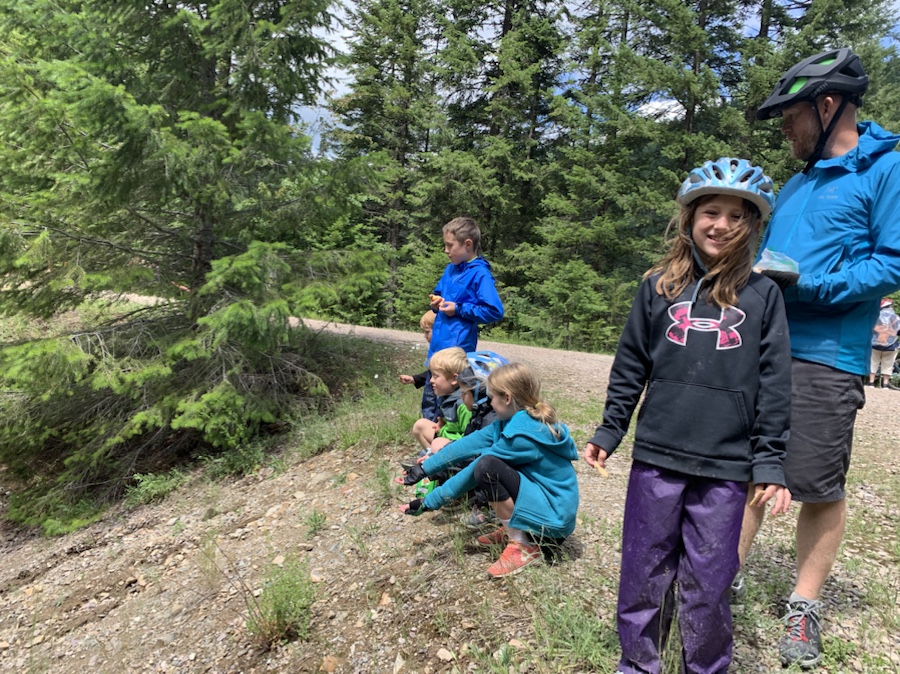 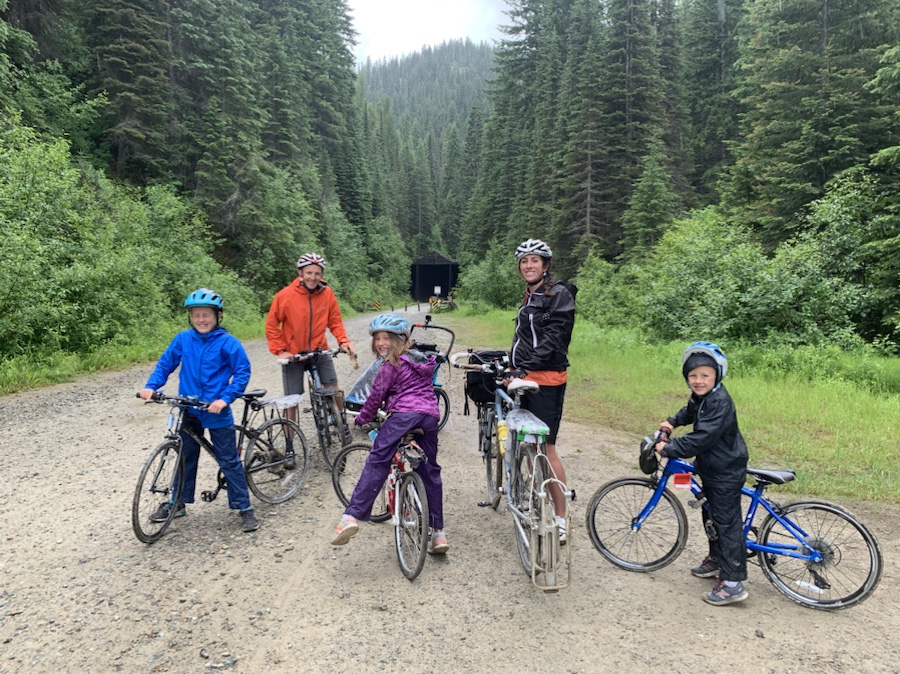 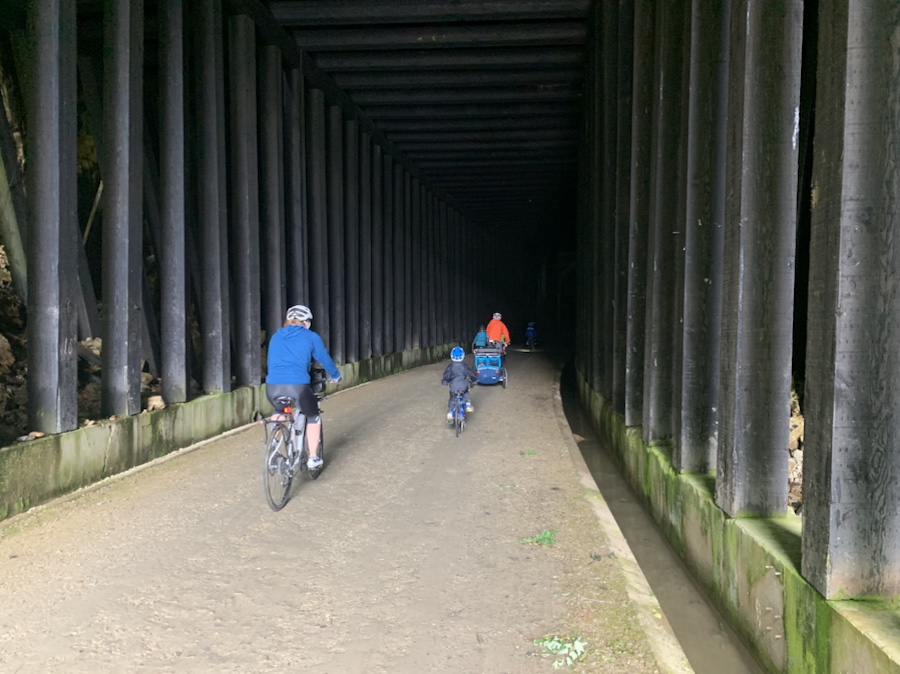 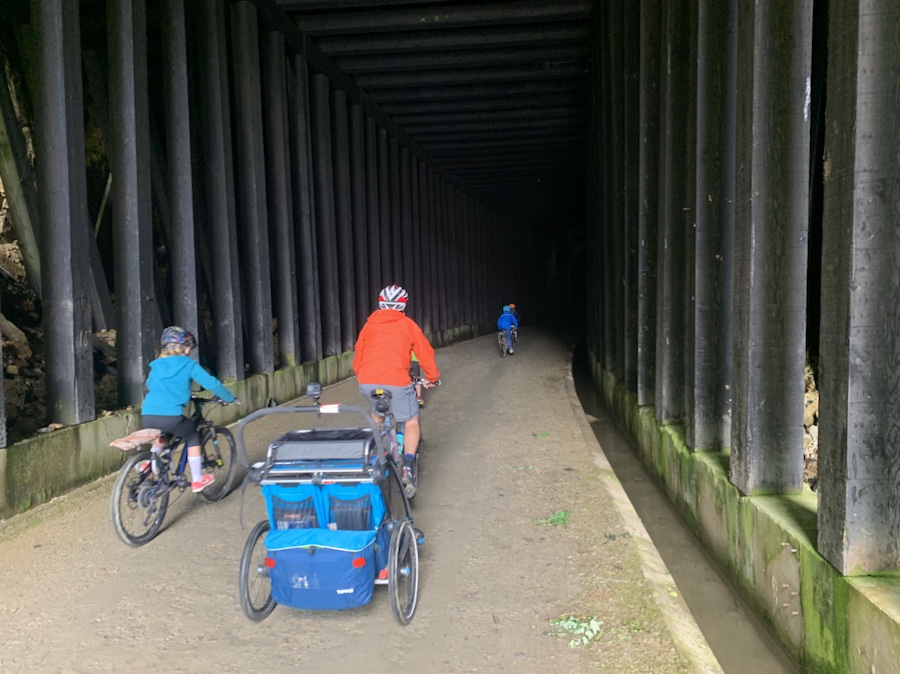