He helps entrepreneurs and executives develop the mindset and habits to succeed in both their professional and personal life. The focus on work/life balance sets Dale apart from other success coaches.

Dale grew up in Salt Lake City as the fourth of nine children. He spent his childhood collecting things, building skate ramps, rollerblading, and riding bikes. He discovered wrestling and competed throughout high school.

When he was 16, Dale stumbled into a store that sold lost freight. He saw others buying product to sell online. Inspired and confident from having built a bike with parts attained on the internet (which was innovative for a teen in the internet’s early days), he tried his hand at buying and reselling items on his own. Using the $60 salary from his janitorial work along with a newly opened bank account and $500 overdraft, he started buying to resell.

His main focus was bike parts, though he ventured into other categories such as surveying equipment if the deal looked promising. During the summer, he made sure he arrived an hour before the store opened so he could be the first in line. During the school year, he worked with his school counselor to get a release hour so he could shop in the morning when the best product came out.

With the proceeds from his online business, he paid his way to live in Portugal for two years as a missionary for his church. Upon returning, he resumed sales for a year while attending college. The following summer, he and two friends embarked on an epic bicycling trip that sparked a lifelong passion for bicycle touring. They rode along the Pacific Coast from Canada to Mexico, camping along the way.

Upon returning from this adventure, he approached his father, George, about partnering with him to expand his bicycle business. George shared his vision and helped launch the enterprise that eventually become Bikewagon.com. They grew the company to $10 million in annual revenue and 28 employees before selling the company in January of 2016.

While building Bikewagon.com, he continued taking extended cycling trips in the U.S. and Europe. He has now spent a cumulative ten months of touring with over 8,000 miles logged, 3,000 of which have been with his wife, Brittany, and their small children. In 2017, the couple and their four kids (ages 2-8) completed a two-month bike tour across France and parts of Germany. The Majors recently welcomed their fifth child, a son.

Dale also dabbles in competitive table tennis, rollerblading, and racquetball. Never satisfied with his considerable skills and accomplishments, this serial overachiever is currently learning to play the piano and speak French.

Dale is a dynamic keynote speaker who specializes in helping others develop a bias for action.

Dale motivates and teaches through personal experiences that are both humorous and poignant. He leaves attendees inspired and committed to taking action in pursuit of their business and personal goals.

“I feel fulfilled in life when I’m sharing with others. I love talking about all things management, culture, and accountability. Business and free enterprise are forces for good, and when done right can be life changing for all involved.” 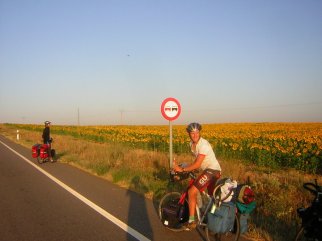 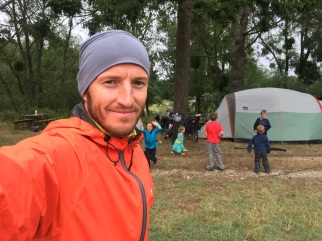